this is my friend and fellow caricaturist Robin, who I've draw a few times live (see past postings). but this is the 1st drawing I did of her. wow. I haven't looked at this in a while and looking at it now, it's pretty vicious. I kinda feel bad which usually I don't cause it's a caricature and I'm very objective...but I think it looks more in the mean super exaggerated vs. the fun super exaggerated, if that makes sense. sometimes, I have the habit of making people more evil super exaggerated, not sure why. maybe cause I hadn't really gotten to know her when I drew it and now I know her a bit more. obviously, she's much prettier. we'll just call this the evil twin freak version of Robin, heh. This is Ty, he's laid back and cool. I like the ideas here, pushing it more, but that right side line of the face totally sucks, bad curve! bad curve! oh and someone stole this caricature later on in the day after I gave it to him. c'mon, who steals carictures of other people?! that's retarded. I'm gonna do another one of him sometime. 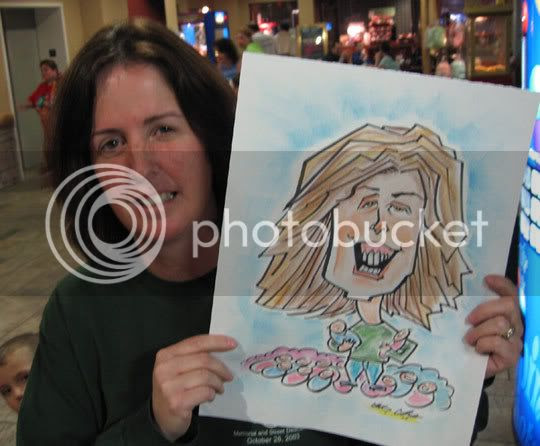 this woman works at a daycare center. look how she's actually stepping on some babies, heh. 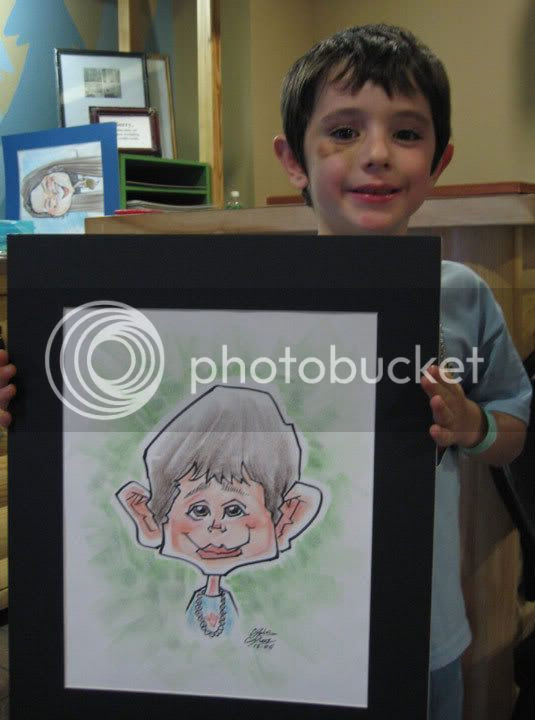 that background looks off and sloppy but overall I kinda like it.

I could have pushed this one and had more fun with the height differential. but overall, thought likeness was there enough for a tame one. 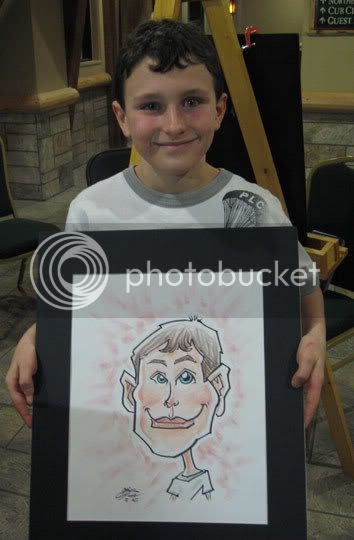 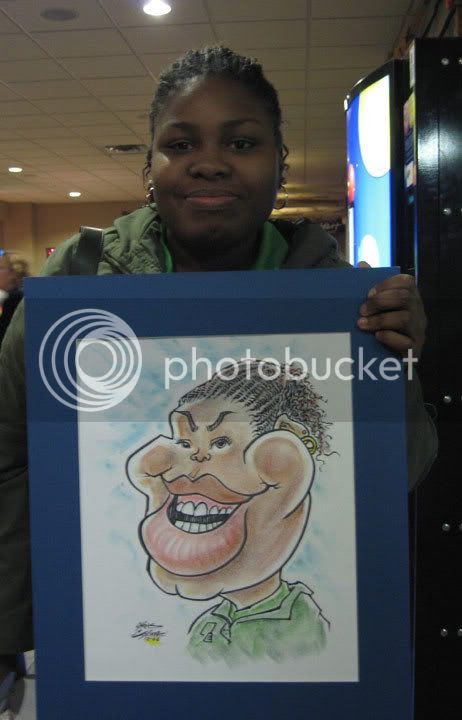 fun but missed the likeness. should have made the nose much bigger. 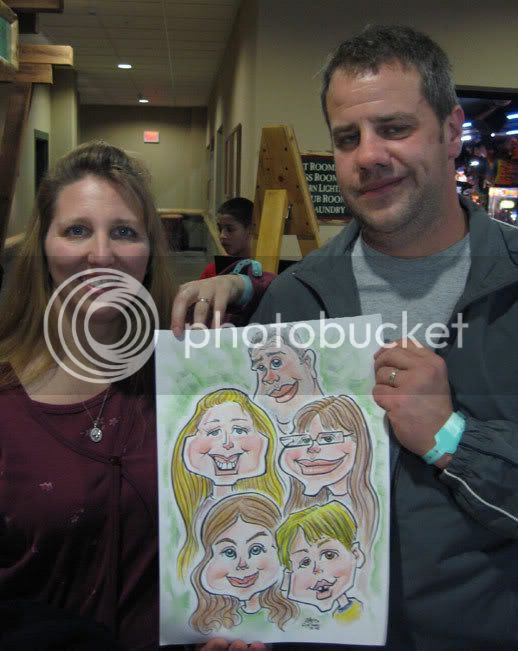 real tameish but I think I got all the liknessess, wish I had a pic of the other kids too. but they spontaneous combusted...or maybe they went to play while I was drawing the remaining people....nah, they spontaint 'busted. 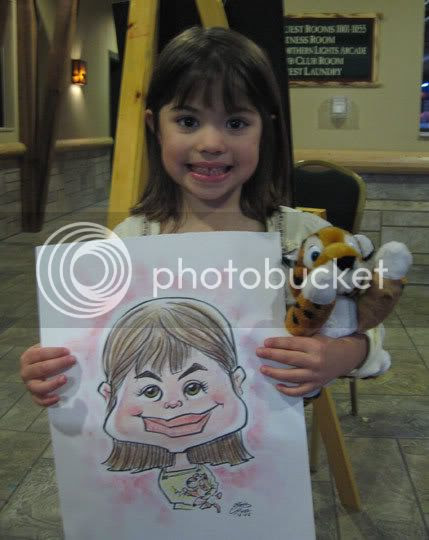 awwww, look, I drew in the lil tiger, everyone at once!--awwww... 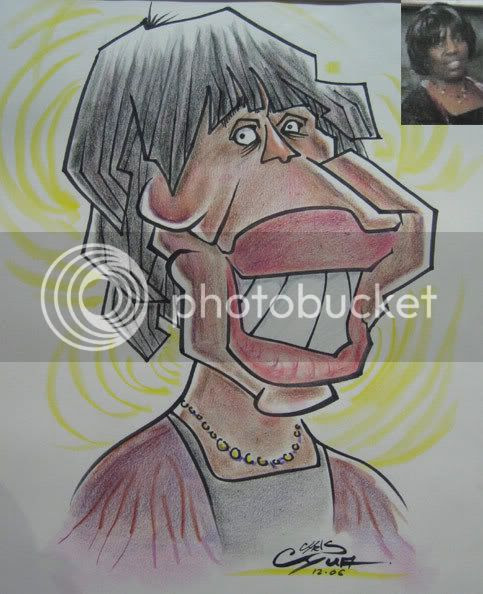 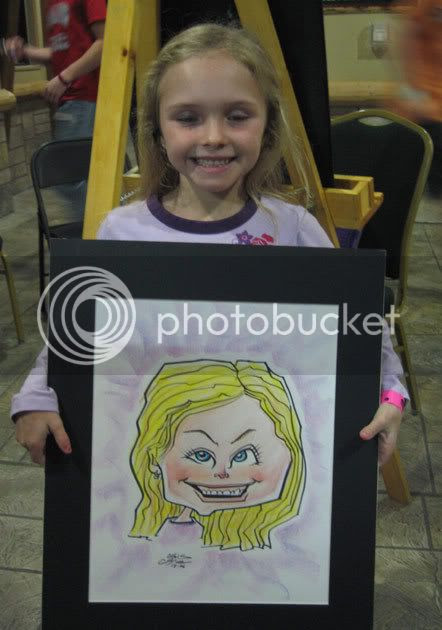 the eyes are off, but overall I like this one, it's all angulary, especially for a lil girl too.

man, I gotta hurry up and post all this old stuff so I can get to the newer stuff which is much better. I think I have about 100+ pics to post before I get to the stuff I'm doing today. hey, myspace peeps, I'll prolly be posting some sneak peaks of more current stuff in my bulletin so keep an eye out. I did a live one of fellow caricaturist Mike Crawford (who's caricatures KICK ASS!) that I was pretty pleased with.
Posted by chris chUa! at Saturday, April 21, 2007 2 comments

Category: --MY LIVE CARICATURES, CARICATURES: of friends and co-workers 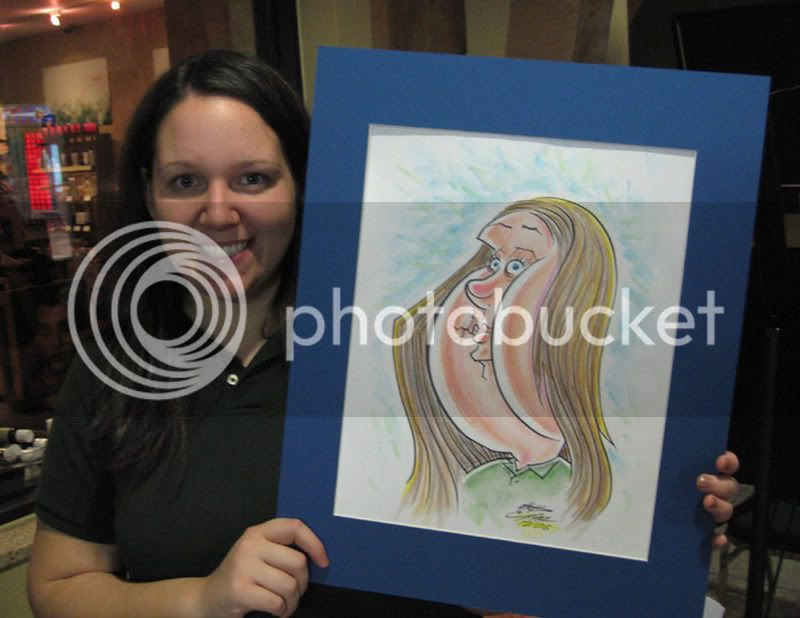 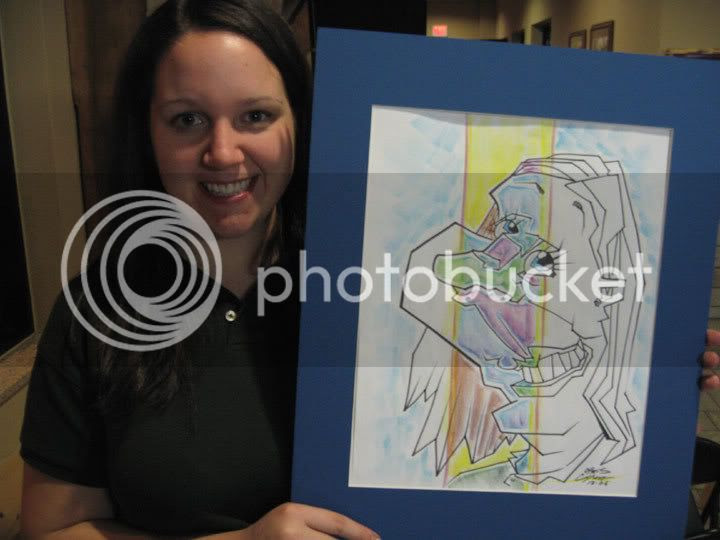 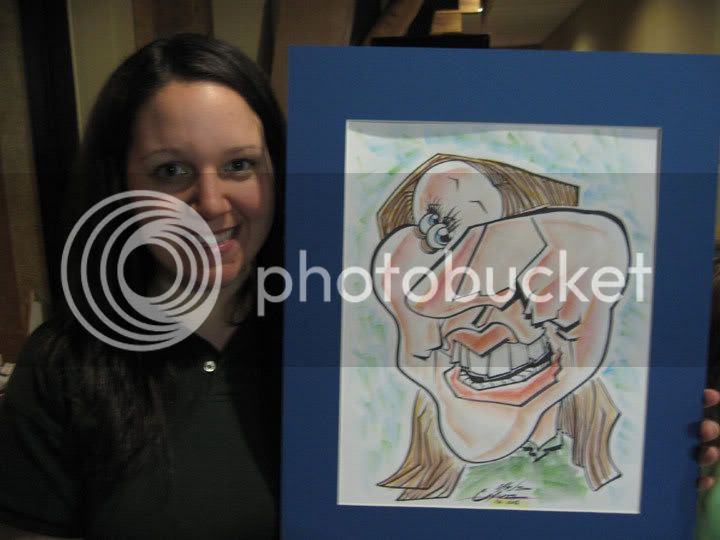 This is Amanda, she's a cool cat. She helped out at Great Wolf during Dec '06 for a few days. I had the hardest time drawing her. Most of the time I feel I can figure out how to solve someone's face but she is one of the few where I tried everything and thought I had it solved but nothing was working right. here are 3 that I just decided to color up. I have a bunch that are in various stages of black and white that super suck big time. I like these 3 pictures as pictures but as far as likeness it's pretty much notta. maybe the 1st is figureoutable. I like the coloring on the 2nd one. that was fun. I made her look pretty creepy though. and the 3rd one too. I'll be seeing Amanda this summer when I visit Dorney park where she is the assistant manager and hopefully I'll do a much better one. especially since it's been 3 months since and I've drawn a ton of live caricatures since. looking at her now, I think I have a take on her...guess we'll see
Posted by chris chUa! at Friday, April 06, 2007 5 comments 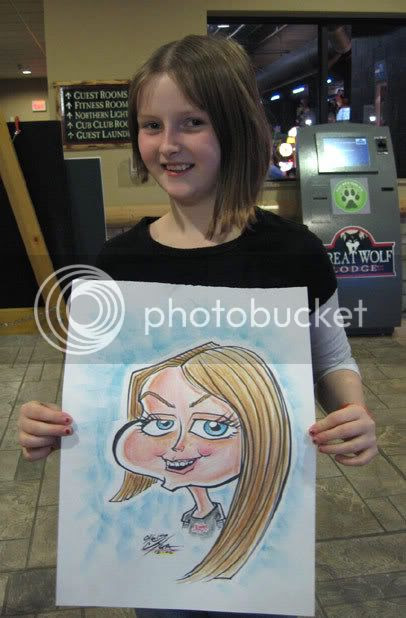 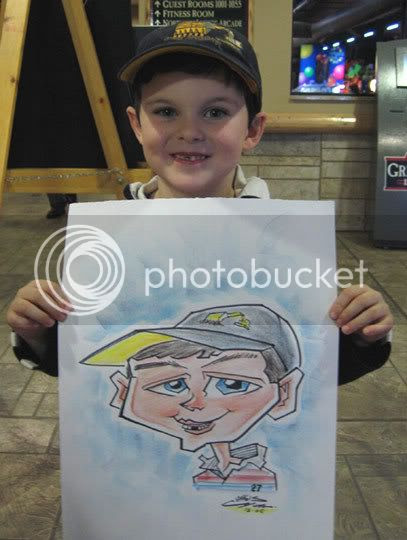 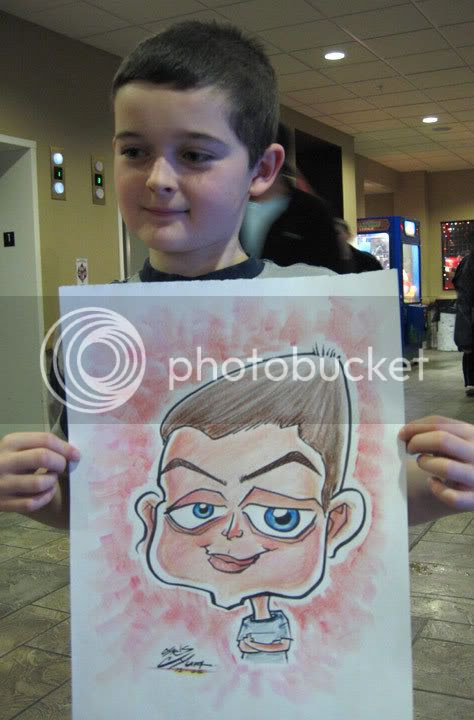 these 3 siblings were fun to draw, I asked if they wanted it crazier and they were cool with it. I was more happy with these even though not sure the likenesses are all that great... I think the last one is decent. the girl is ok/enough clues to figure who it is and the 2nd, is just ok. hmm...actually I missed on a lot of stuff here. it's funny to look back at these caricatures I did a few months ago, see different stuff now. I do like the coloring on these. that last one background red is prolly too distracting, but I asked what his favorite color is and he said red, so sometimes I like to vary it up and do it anyway, and try added some other color to it so it's not too friggin distracting.
Posted by chris chUa! at Thursday, April 05, 2007 4 comments 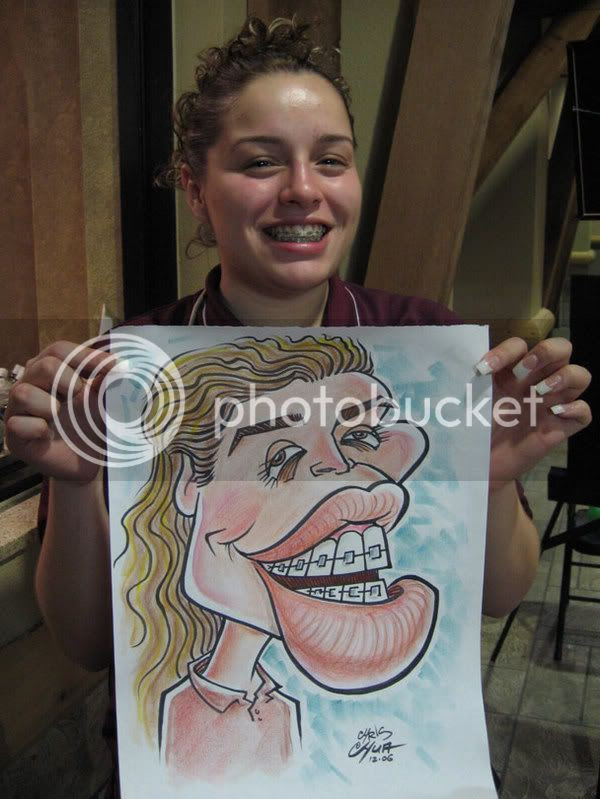 this is Gladys, she's cool. I like her hair. it's got cool wavy highlightedness. was a fun pic to draw. her hair was down when I drew her. I'm not that dum. ok, maybe I yam. I mean sweet potato
Posted by chris chUa! at Thursday, April 05, 2007 0 comments